Selective Enforcement of Rules and Waiver of Covenants

I can't have a sign on my truck??? my neighbor has a sign on their truck, they just aren't here during the day so people don't see it.

There are many examples of situations when the uniformity of enforcing rules is put into question. This post will address what a Board should do to maintain rules and regulations, what happens when a Board has been enforcing rules against some and not others, and how to reestablish those rules that haven't been enforced. 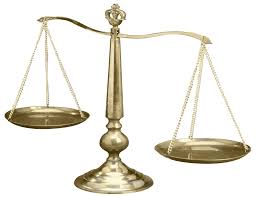 Associations are a communal style of living, meaning people generally live in close proximity to one another and are required to share aspect of the association like a pool and other common areas along with sharing the expenses of the association. All community associations have rules, restrictions, covenants, etc. which govern the association and the aspects of living described above. These rules describe everything from how meetings are to be run to how owners can use their units and the common elements. In Florida, each Board has a statutory fiduciary duty to enforce those rules and restrictions. However, despite this duty, and for a variety of reasons, the enforcement of certain rules tends to get overlooked or bent by the board.

There's two major legal concepts that won’t be found in the association rules or Florida Statutes that could apply to these situations: Selective Enforcement and Waiver,

Selective enforcement means you cannot ignore violations of a rule by some and enforce the same rule against others. Typically, disputes come up when there's a natural progression of the violation.  For example, the association has a no pet rule and the board finds out that an owner has a bird and chooses to ignore the violation. What happens when the next owner brings in a 75 lbs dog into the community??? Is the whole rule regarding pets now blown or is there just an exception for birds?

Waiver is a similar legal concept in that if the board ignores an obvious rule violation for a specific amount of time, enforcement of that rule might be "waived" against future rules violations of the same nature.

In the case of Prisco v. Forest Villas and association had a rule saying "no pets, except birds and fish."  However, the board was allowing cats to live in the community too. When an owner brought a dog into the community and board tried to enforce their "no pets" rule arguing that cats and dogs are different, maybe they've created and exception for cats, but certainly not for dogs.  The Florida appellate court disagreed saying neither cat nor dogs are fish and birds, therefore the whole rule was blown.

First, it should be said, the best way to avoid this matter entirely is to CONSISTENTLY AND UNIFORMLY ENFORCE THE RULES!!!! It's not the board's place to decide which rules are fair and should or shouldn't be enforced. Boards wear the hat of all three branches of government but in this case they are impartial judges meant to read and enforce the rules as best they can. If the board and membership truly feel that a rule should be changed, it should put on its legislative hat and efforts should be made to get the requisite votes to change the rule.

So what's a board to do when there's been waiver or selective enforcement of a rule and the board wants to start enforcing that rule again? Fortunately, it's not overly difficult. The board needs to call a meeting and pass a resolution that it's going to begin enforcing the rule again. All owners are then put on notice that the rule is going to be enforced from that point forward and all new violations can be addressed accordingly.

The lingering issue is what about the violations already in place? The association passes a resolution that it will begin enforcing its no pet policy again, what happens to the owners who already have pets in the community? The short answer is....they are grandfathered into the rule.  The rule will not be applied retroactively. An owner with a pet cannot get more new pets, when their current pet meets its unfortunate demise the pet cannot be replaced, and anybody without a pet cannot get a new pet. But the board will not be able to compel the person to get rid of their existing pet.

Selective Enforcement and Waiver are an important but tricky subject at meetings. I encourage board members to realize that when they are enforcing rules they aren't judging whether the rules are fair but simply complying with their fiduciary duty to the association. If an owner takes issue with a rule, encourage them to make a campaign to get the rule changed. Whether a rule violation is by the woman who regularly volunteers for the association or the deadbeat owner that's always late paying assessments, the rules should be the same for everybody.
Written and Posted by BrandonRBurg at 8:59 AM
Email ThisBlogThis!Share to TwitterShare to FacebookShare to Pinterest
Labels: Covenant Enforcement